The Plaintiff is the owner of the registered trade mark “ 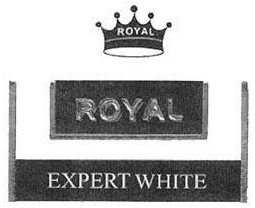 ”. The Plaintiff brought an action against the Defendants for breach of the dealership agreement, trade mark infringement and passing-off in relation to whitening cream bearing the mark ‘Real Expert White’ sold by the Defendants. The Defendants’ products with its mark are shown below:

At the appeal, the issue for consideration was whether the Plaintiff had fully discharged the burden of proving the infringement or the passing-off by the Defendants.

Taking into account the crown device on the Plaintiff’s mark, the diamond-shaped device and the word “Real” on the Defendants’ mark, and the disclaimer on the words “ROYAL” and “EXPERT WHITE”, the COA was of the view that the ideas and the concepts of the two words are distinct and different, and cannot be confused with one another.

The COA held that the Plaintiff had not discharged the burden of proving the infringement or the passing-off by the Defendants. The Appellants’ appeal was allowed and the High Court’s decision was set aside.

It is important to note the effect of disclaimers on a registration. A person does not infringe a registered trade mark by using that part of the mark which has been disclaimed. Nevertheless, disclaimers do not affect rights arising at common law, and the fact that there is a disclaimer in a registered trade mark does not prevent the owner from succeeding in a passing-off action if the elements of passing-off could be established.