The word ‘Mānuka’ is the Māori name for the honey derived from the Leptospermum scoparium plant (“L. scoparium”). Unlike other honey, the honey produced from L. scoparium has unique qualities, both in taste and in its anti-bacterial and medicinal properties. For this reason, it is sought after around the world, and reaches a premium in price.

The Opponent in the Australian Opposition, The Mānuka Honey Appellation Society Incorporated (“MHAS”), is a New Zealand society established for the purpose of securing ownership of the ‘Mānuka’ trade mark in New Zealand and overseas for New Zealand honey producers.

As L. scoparium is found in Australia and honey with similar medicinal qualities is also produced in Australia, MHAS’s ownership claim has been hotly contested by Australian honey producers.

The Dispute in Australia

The Australian Opposition is related to Australian Trade Mark Application No. 1869737 for the mark, 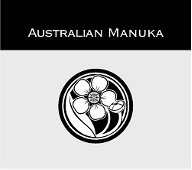 in respect of ‘honey’. The key argument presented by MHAS was in accordance with Section 43 of the Trade Marks Act 1995, being that the registration of the trade mark must be rejected because it possesses an inherent connotation that the honey goods covered by the application are produced by bees from L. scoparium in New Zealand. Because of this connotation, the use of the words ‘Australian’ and ‘Manuka’ together in the subject trade mark is inherently contradictory and would lead to confusion in the minds of the public.

After considering the arguments and evidence of MHAS and the Applicant of the mark, the Delegate found that the ground of opposition was unsuccessful. Evidence suggested that the term ‘Mānuka’ had been used by Australian honey producers since at least the 1930s in relation to honey derived from L. scoparium in Australia. On this basis, the Delegate determined that the use of ‘Mānuka’ would be taken as being “concerned with the floral, as opposed to geographical, source” and that the subject trade mark was unlikely to cause deception or cause confusion amongst Australian consumers.

The outcome in the Australian Opposition is interesting as the conclusion made about the connotations of ‘Mānuka’ were contrasted with comments made by the Assistant Commissioner of the New Zealand Hearings Office in the decision, Manuka Honey Appellation Society Incorporated [2018] NZIPOTM 7 (March 20 2018) (“New Zealand Decision”).

In this decision, the Assistant Commissioner stated:

“…the fact that honey is labelled as honey from the nectar of a well-known native tree, which is identified by a Māori name, is capable of indicating that the honey has a particular geographical origin (New Zealand)…” (Manuka Honey Appellation Society Incorporated [2018] NZIPOTM 7 (March 20 2018), 63).

The Assistant Commissioner went on to find in favour of allowing the registration of MANUKA HONEY as a certification mark stating:

“…with a certification mark – in effect, existing and future traders transfer the mark to a collective body to manage. The purpose of doing this is usually to prevent the use of the mark by traders outside of the region” (Manuka Honey Appellation Society Incorporated [2018] NZIPOTM 7 (March 20 2018), 68).

The decision to accept MHAS’s application for registration in New Zealand has now been opposed by the Australian Manuka Honey Association Limited (“AMHA”) and the opposition is ongoing. However, while the issues in the New Zealand Decision were different to those considered by the Delegate in the Australian Opposition, in that the Assistant Commissioner was considering the distinctiveness of MANUKA HONEY as a trade mark for the purposes of registration as a certification mark, it is reflective of the contrast in the position being asserted by the interested parties in each country.

Where to from here?

There are high stakes for honey producers on both sides of the Tasman and we will keep you updated with further developments as they arise.